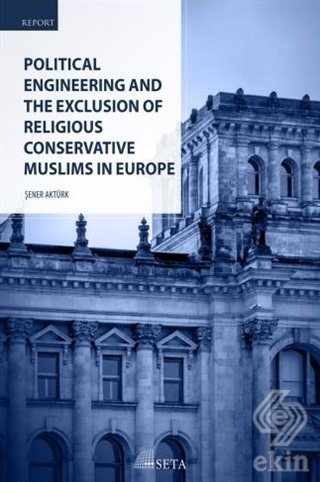 Political Engineering and The Exclusion Of Religio

https://www.ekinkitap.com/political-engineering-and-the-exclusion-of-religio
Political Engineering and The Exclusion Of Religio
10.00

In numerous European countries, there has been a wave of prohibitions against Islamic practices ranging from ritual animal slaughter to the building of mosque minarets, from male circumcision to women's headscarves. Moreover, religious conservatives among the Muslim minority are almost completely excluded from the national legislatures. As such, there is a "representation gap" between conservative Muslims and their leftist representatives. This ideological disconnect between the Muslim constituencies and their representatives can be observed in almost every continental European country, and it seems to persist across time. Despite major improvements in some countries over the last decade, Muslim minorities are still underrepresented in the national legislatures of most Western European countries.