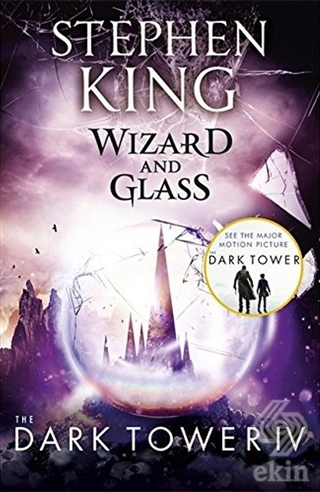 Wizard and Glass - The Dark Tower 4

In the fourth novel in Stephen King's bestselling fantasy quest, the Dark Tower beckons Roland, the Last Gunslinger, and the four companions he has gathered along the road.

In a terrifying journey where hidden dangers lurk at every junction, the pilgrims find themselves stranded in an alternate version of Topeka, Kansas, that has been ravaged by a superflu virus.

While following the deserted highway toward a distant glass palace, Roland recounts his tragic story about a seaside town called Hambry, where he fell in love with a girl named Susan Delgado and where he and his old tet-mates Alain and Cuthbert battled the forces of an evil harrier who ignited Mid World's final war.