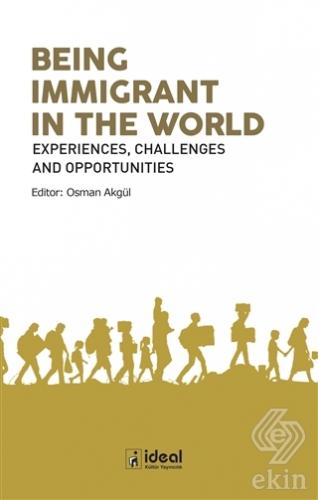 Being Immigrant in the World

https://www.ekinkitap.com/being-immigrant-in-the-world
Being Immigrant in the World
102.70

The effects of the migration on the economic, social, political and cultural life, which was taken as far back as the history of humanity, cannot be denied. Migration, which has occurred in every period of history due to natural disasters, wars, production searches etc. continues increasingly even today. Migration started to be discussed as a phenomenon in 19th and 20th century when many states tried to build their national identities and began to close their borders to "other nations". Wars fuelled by economic and political reasons trigger the migration wave in which people are displaced in masses, often resulting in tragedies. It has become the fate of almost all continents, especially in the Asia and Africa, because of the continuation of the fight and competition that the West has done within itself through the colonies or the domination.

This study is trying to convey the causes, consequences, and effects of migration in the world through country experiences. Undoubtedly, every society has different causes and processes, but the results it produces are almost the same. Poverty and deprivation that inherited the generations of the immigrant masses. In particular, the migration of the masses in economic deprivation and its continuation to the target country cause social exclusion of the migrant people.