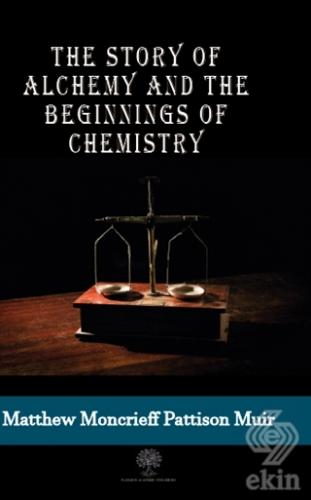 The Story Of Alchemy And The Beginnings Of Chemist

https://www.ekinkitap.com/the-story-of-alchemy-and-the-beginnings-of-chemist-1
The Story Of Alchemy And The Beginnings Of Chemist
43.40

"A commentator on Aristotle, writing in the 4th centur y A.D., calls certain instruments used for fusion and calcination "chuika organa," that is, instruments for melting and pouring. Hence, probably, came the adjective chyic or chymic, and, at a somewhat later time, the word chemia as the name of that art which deals with calcinations, fusions, meltings, and the like. The writer of a treatise on astrology, in the 5th centur y, speaking of the influences of the stars on the dispositions of man, says: "If a man is born under Mercur y he will give himself to astronomy ; if Mars, he will follow the profession of arms; if Saturn, he will devote himself to the science of alchemy (Scientia alchemiae)." The word alchemia which appears in this treatise, was formed by prefixing the Arabic al (meaning the) to chemia, a word, as we have seen, of Greek origin."