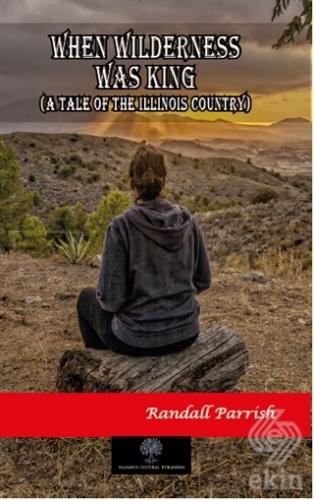 When Wilderness was King

"My mother, her sleeves rolled high over her round white arms, was in the dark interior of the milk-house as I passed, and spoke to me laughingly; and I could perceive my father sitting in his great splint-bottomed chair just within the front doorway, and I marked how the slight current of air toyed with his long gray beard. The old Bible lay wide open upon his knee; yet his eyes were resting upon the dark green of the woods that skirted our clearing. I wondered, as I quaffed the cool sweet water at the spring, if he was dreaming again of those old days when he had been a man among men. How distinct in each detail the memory of it remains! The blue sky held but one fleecy white cloud in all its wide arch; it seemed as if the curling film of smoke rising from our chimney had but gathered there and hung suspended to render the azure more pronounced."